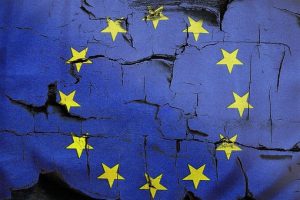 Getting tired of Brexit news? We can sympathise; we feel the same way! If you have any plans for home improvements in the near future, though, you might need to think about the impact that the departure could have.

We can predict with a fair degree of confidence that the world isn’t going to end – or even change catastrophically – on March 29, 2019. When it comes to the construction industry, Brexit’s impact has been and will doubtless continue to be gradual. The change is already underway, though. The cost of making improvements to your home has already been affected. Read this guide from Glass Inspirations to find out more.

Is Brexit Increasing the Cost of Home Improvement

As with so many Brexit queries, the answer to this one is a frustratingly ambiguous ‘yes and no.’ Like many industries, the construction industry has felt a sharp Brexit-related labour squeeze ever since the referendum vote.

The Office of National Statistics (ONS) has regularly tracked the number of EU citizens who enter and leave the UK. The difference between the two figures sank to 87,000 in the year up to March. This represents the lowest level the ONS has recorded since 2012.

The ONS goes on to emphasize that this figure is shrinking due to pressure from both ends. Not only are more EU citizens emigrating; fewer new arrivals are coming to replace them.

Even more significantly, migration to the UK from the A8 countries has gone negative for the first time ever, with just 45,000 arrivals against 47,000 departures. (The A8 group includes those countries that joined the EU by 2004 – Poland, Hungary, Lithuania, and the Czech Republic.)

What bearing does all this have on the cost of YOUR home improvements? Quite simply, it matters because the building and building products industries are disproportionately reliant on migrant workers.

Window and door manufacturers, for instance, recruited heavily in the A8 countries to meet their labour needs. The significant reduction in immigrants reaching the UK from those countries has driven up those manufacturers’ employment costs.

The building trades also have to contend with an increasingly competitive economy. According to an ONS report issued in October, wages rose by 3.1% in June, July, and August when compared to wages last year. This is the single greatest jump in wages seen since the economic crisis of 2008.

Is this all Brexit’s fault? We can’t say with certainty – and that’s why we had to give an evasive answer to the key question above. What is certain is that labour costs are currently on the rise. Ample historical evidence shows us that rising labour costs virtually always lead to higher prices for home improvements. (The falling value of the Pound certainly doesn’t help!)

What Will Brexit Do To Home-Improvement Costs Long-Term?

The current financial and economic climate is one of the most uncertain in living memory. In a Green Paper published this summer by the Construction Industry Training Board (CITB), Brexit’s impact on the construction industry was described as a ‘creeping influence.’

The paper pointed out that a full third of UK builders were worried about their long-term access to skilled workers. Thirds are important here; 37% also happens to be the portion of workers in the industry who are foreign-born. The paper also notes that the cost of materials to builders had risen by three to four percent in the past year, and in most cases, these increases were passed on to clients.

While the uncertainties afflicting the construction industry now don’t inspire a great deal of confidence, there are a few notes of good news. If your home improvement plans include or focus on energy efficiency, this might actually be the right time to move faster. If you want to install high-efficiency doors and windows, the sooner you get to it, the better.

We’re not predicting apocalyptic upheavals, but we do believe that the cost of energy efficient windows and doors can only go up in the future. Their current affordability makes them that much more tempting.

It’s also worth considering what may be happening soon in the energy market.
Homeowners’ heating costs are going up. British Gas announced a four per cent cost increase in August. That amounts to a bill increase of £44 to £1,205 for most homeowners.

As long as you can afford it, this is a perfect time to make your home more energy-efficient. Installing high-efficiency doors and windows is a great way to protect you from rising energy costs.